Oilalà says no to glyphosate! Risks and damage of the most widespread herbicide in the world 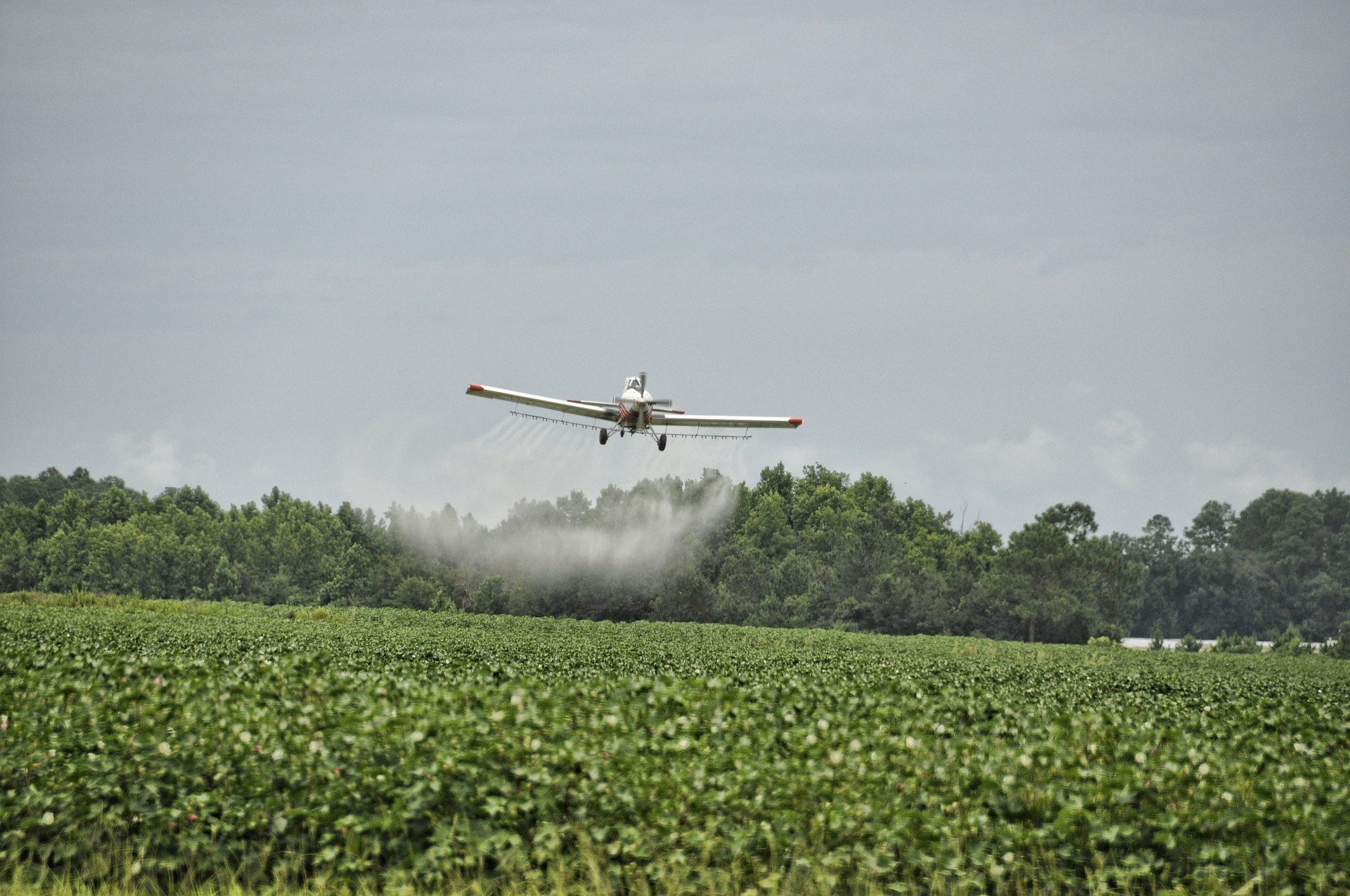 Glyphosate is the most common pesticide in italy and in the world, and in 2015 it was declared by the iarc as a potentially carcinogen for humans.

Glyphosate is the most widely used herbicide on a global scale introduced in the 1970s by the multinational Monsanto under the trade name of Roundup®.

By spreading glyphosate over the fields, you get rid of every weed or plant except the hardy one you want to grow. This increases the yield per hectare and reduces the commitment for the farmer.

Not all nations regulate the dissemination and use of glyphosate in the same and right way. This means that, by importing products from less regulated agricultural realities such as, for example, from Canada, foods with evident dangerous traces of glyphosate are brought to the table of Italians.

An emblematic case is that of industrial pasta!

Before addressing the issue of Canadian pasta and wheat, it is useful to investigate the important risks associated with the pesticide.

Why is glyphosate dangerous?

To turn the spotlight on this herbicide was the carcinogenicity assessment expressed by the IARC (International Agency for Research on Cancer), a body of the World Health Organization (WHO) considered the highest authority in the oncology field.

From the document, also disclosed in The Lancet Oncology, a strong epidemiological correlation emerges between exposure to glyphosate and non-Hodgkins lymphoma. It was therefore included in category 2a by the IARC. This category (2A) is used when there is limited evidence of carcinogenicity in humans, sufficient evidence in experimental animals and strong evidence that the carcinogenic mechanism observed in animals also applies to humans.

In the areas of production and massive use, hormonal and renal problems occur. It lowers the levels of testosterone, estrogen, and progesterone. It favors estrogen prevalence, both in men and women: in men, it is devastating, because it lowers the testosterone level. In women, it would lead to a predisposition to cancer of the sexual organs: ovaries, uterus …

European research shows that glyphosate stays in the soil and stays there for a long time. With negative consequences for the organisms that inhabit the soil, but also for the humans who live near there as it is easily transported by wind and rain.

This herbicide is used to kill weeds and acts in a non-selective way, it indiscriminately exterminates any plant organism on which it is used.

Beyond the reassurances provided by producers, glyphosate is a substance with high environmental toxicity capable of altering the functionality of ecosystems and natural habitats and drastically reducing biodiversity considered fundamental for the good health of the biosphere, the human population, and agriculture itself …

In addition to agriculture, glyphosate and commercial formulations containing it are widely used in urban and domestic environments. It is used by municipalities and provinces to clean road edges, railway embankments, and public parks and it is also present in gardening and hobby products.

Intensive use in agriculture is closely related to genetically modified (GMO) seeds of soy, corn, and rapeseed, whose DNA has been altered to make them resistant to the herbicide, which can therefore be applied in increasingly massive doses, inevitably accumulating in the final product. GMO soy, corn, and rapeseed are widely used as animal feed – this is also how substances such as glyphosate enter the food chain.

“There is evidence that leads to affirming a probable correlation between glyphosate and the DIFFUSION OF CELIACIA. Fish exposed to glyphosate develop digestive problems reminiscent of celiac disease. This disease is associated with imbalances in gut bacteria which can be fully explained by the known effects of glyphosate on gut bacteria. Glyphosate is known to inhibit cytochrome P450 enzymes. Deficiencies in iron, cobalt, molybdenum, copper, and other rare metals associated with celiac disease can be attributed to glyphosate’s strong ability to conceal these elements.” National Order of Biologists.

Discover the new deal, Try it to believe, to savor the taste of real pasta

6 gourmet excellences produced in full respect of the precious raw materials used. Olives, wheat, and tomatoes, a totally natural combination that speaks of Puglia and goodness!

Here for you our proposal: Try it to believe

Aware of the risks and the abundant diffusion of glyphosate, now is the time to unravel the central issue of our article.

Glyphosate in pasta: does it come from mixing domestic and foreign wheat?

The answer is yes! The controversy starts from the publication of the study carried out by the GranoSalus Association, which arises from the revelation of the presence of traces of glyphosate in the pasta of some well-known Italian brands. The presence of these substances can legitimately suggest a mixture of Italian and non-EU wheat containing glyphosate residues.

In fact, many pasta producers import wheat from Canada, to be exact in the area between Manitoba and Alberta where 1,500 kilometers of wheat-grown grasslands extend, where the massive use of glyphosate is legal. This powerful herbicide can be used in the pre-sowing phase to eliminate weeds in the soil, but also before harvest to accelerate drying and increase the protein content.

That is, it enters in this way, directly in contact with the wheat, from which semolina, flour and pasta will be produced. It is estimated that, in 2017 alone, Italy imported 720 million kilos of wheat from Canada, compared to the 4.3 billion produced in our country.

The very high possibility of having purchased and consumed industrial pasta that contained important traces of the pesticide is therefore undeniable!

Governments have taken measures to avoid this, but these are entirely precautionary measures that limit the spread of this dangerous pesticide and do not yet ban it. It is therefore absolutely necessary to be very careful when buying food products, it is not enough just to check that the product is Italian.

Not all Made in Italy is a guarantee of quality, you have to choose the best products and the most careful producers.

The daily consumption of industrially derived foods can affect your health and physical well-being, with non-negligible consequences!

These are good agronomic, ecological, and sustainable practices also on an economic level starting from organic and biodynamic cultivation methods. Practices such as mowing and shredding herbs cannot be considered a return to the past: they are, rather, one of the responses to a series of emergencies, such as the drastic impoverishment of the organic substance in the soil, the need to limit the erosion of soils and to protect biodiversity and natural habitats.

Today, the real innovation is adopting the agroecological approach, to improve soil fertility, diversify production, increase the capacity of carbon sequestration, ensure adequate harvests and tackle the control of pests and herbs by following and monitoring natural dynamics.

We at Oilalà have always had respect for Nature and its fruits.

We always go along with the spontaneous times of the Earth and ours is cultivation without pesticides and chemical herbicides. We follow the ripening of the olives step by step, to understand what is the best time for their harvest and we treat the land and the olive trees with care, using the tools and techniques of mechanical cultivation.

This is how we guarantee our customers a 100% Apulian product, not chemically treated, with a very high content of Polyphenols and Tocopherols, powerful antioxidants, allies of our physical well-being.

Discover the new deal, Try it to believe, to savor the taste of real pasta

6 gourmet excellences produced in full respect of the precious raw materials used. Olives, wheat, and tomatoes, a totally natural combination that speaks of Puglia and goodness!

Here for you our proposal: Try it to believe